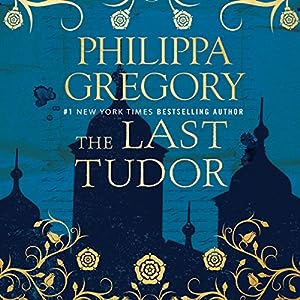 The Last Tudor by Philippa Gregory

The latest novel from number-one New York Times best-selling author Philippa Gregory features one of the most famous girls in history, Lady Jane Grey, and her two sisters, each of whom dared to defy her queen. Seventeen-year-old Jane Grey was queen of England for nine days. Her father and his allies crowned her instead of the dead king’s half sister, Mary Tudor, who quickly mustered an army, claimed her throne, and locked Jane in the Tower of London. When Jane refused to betray her Protestant faith, Mary sent her to the executioner’s block, where Jane transformed her father’s greedy power grab into tragic martyrdom. “Learn you to die” was the advice Jane wrote to her younger sister, Katherine, who has no intention of dying. She intends to enjoy her beauty and her youth and fall in love. But she is heir to the insecure and infertile Queen Mary and then to her sister, Queen Elizabeth, who will never allow Katherine to marry and produce a Tudor son. When Katherine’s pregnancy betrays her secret marriage, she faces imprisonment in the Tower, only yards from her sister’s scaffold. “Farewell, my sister,” writes Katherine to the youngest Grey sister, Mary. A beautiful dwarf disregarded by the court, Mary keeps family secrets, especially her own, while avoiding Elizabeth’s suspicious glare. After seeing her sisters defy the queen, Mary is acutely aware of her own danger but determined to command her own life. What will happen when the last Tudor defies her ruthless and unforgiving cousin, Queen Elizabeth?

Into the Water Audiobook

Listen to the audiobook Into the Water by Paula Hawkins. Just like the audiobook above, it’s available to listen to for free via Audible

Into the Wild Audiobook

Try the audiobook Into the Wild by Erin Hunter for free. Listen to your first book for free the first 30 days.

Into the Wild Audiobook

Give the audiobook Into the Wild by Jon Krakauer a listen. It might be the perfect listen for you.