Free Audiobook:Louis XIV and the Zenith of the French Monarchy by Arthur Hassall 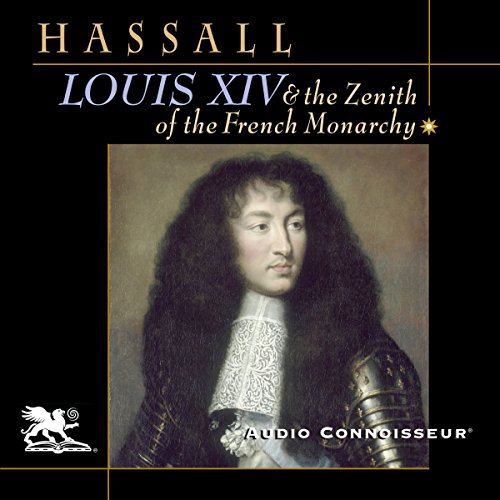 Louis XIV, known as the Grand Monarch, or the Sun King, was a sovereign of the House of Bourbon who reigned as King of France from 1643 until his death in 1715. His reign of 72 years is the longest recorded of any monarch in European history. In the age of absolutism, Louis XIV’s France was the leader in the growing centralization of power. Louis began his personal rule of France in 1661, after the death of his chief minister, the Italian Cardinal Mazarin. An adherent of the concept of the divine right of kings, Louis continued his predecessors’ work of creating a centralized state governed from the capital. He sought to eliminate the remnants of feudalism persisting in parts of France and, by compelling many members of the nobility to inhabit his lavish Palace of Versailles, succeeded in pacifying the aristocracy, many members of which had participated in the Fronde rebellion during Louis’ minority. By these means Louis XIV became one of the most powerful French monarchs of all time, consolidating a system of absolute monarchical rule that endured until the French Revolution. Louis encouraged and benefited from the work of prominent political, military, and cultural figures such as Mazarin, Colbert, Louvois, the Grand Condé, Turenne, and Vauban, as well as dazzling artists like Molière, Racine, Corneille, La Fontaine, Lully, Rameau, Couperin, Marais, Le Brun, Rigaud, Bossuet, Le Vau, Mansart, Charles and Claude Perrault, Lorrain, Poussin, Le Nôtre, and the brilliant mathematician Descartes. During Louis’ reign, France was the leading European power, and it fought three major wars: the Franco-Dutch War, the War of the League of Augsburg, and the War of the Spanish Succession. There were also two lesser conflicts: the War of Devolution and the War of the Reunions. Warfare defined the foreign policy of Louis XIV, and his personality shaped his approach. Impelled by a mix of commerce, revenge, and pique, Louis sensed that warfare was the ideal way to enhance his glory. In peacetime he concentrated on preparing for the next war. He taught his diplomats that their job was to create tactical and strategic advantages for the French military. Under the leadership of Louis XIV, France reached a pinnacle of military, political, economic, and artistic superiority which was the wonder of the world.
LISTEN FOR FREE ON AUDIBLE

Listen to the audiobook Toyota Talent by Jeffrey K. Liker, David P. Meier. Just like the audiobook above, it’s available to listen to for free via Audible

Try the audiobook Traction by Gino Wickman for free. Listen to your first book for free the first 30 days.

Trading in the Zone Audiobook

Give the audiobook Trading in the Zone by Mark Douglas a listen. It might be the perfect listen for you.